How special are advertised specials? Usually, I just toss the marketing flyers straight into the recycling bin. However, this time, I decided to take a closer look. I buy laundry detergent from Costco under the assumption that more = cheaper. But is it?

Costco sells a 170 oz jug of Tide HE Liquid for $20.99. Actually, the true measure is loads and not liquid volume because liquid laundry detergent can come in varying concentrations. The more concentrated, the less needed. So, Tide sells for $0.191 per load from Costco. 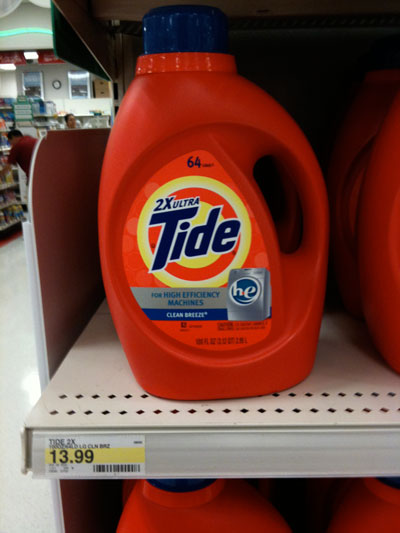 At Target, Tide 2x Ultra HE Clean Breeze sells for $0.219 per load. Of course, neither of these two products were on sale. 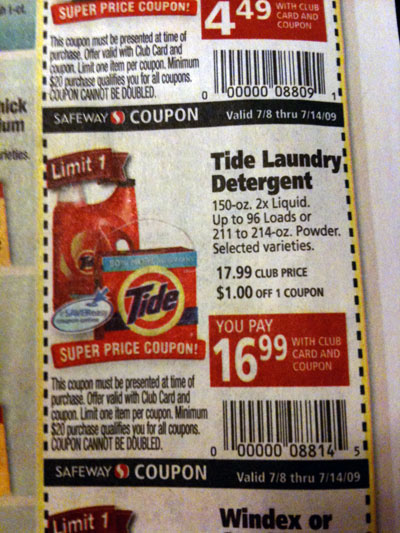 Safeway will sell you Tide 2x Liquid for $0.177 per load with Club Card and coupon. 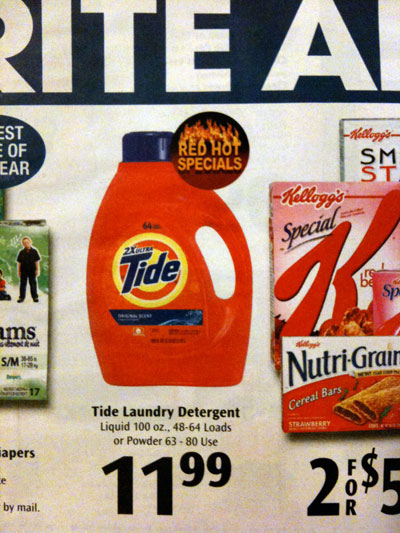 Rite Aid has tagged Tide laundry detergent with a Red Hot Specials badge. At $0.187 per load, this deal is not as special as the one from Safeway, but hotter than the price from Costco and Target. 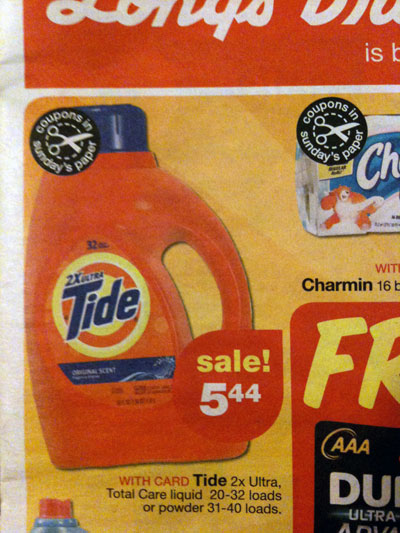 Longs Drugs also has Tide on sale for $0.170 per load if you have their ExtraCare card. So, the winner is Longs Drugs, which beat Costco by just over 2 cents per load. If you run one load of whites and one load of coloreds each week, that’ll come to 104 loads per year. Saving $0.021 per load nets $2.18 for the entire year.