Last month, I compared the price of Frosted Mini-Wheats at Costco and Safeway. 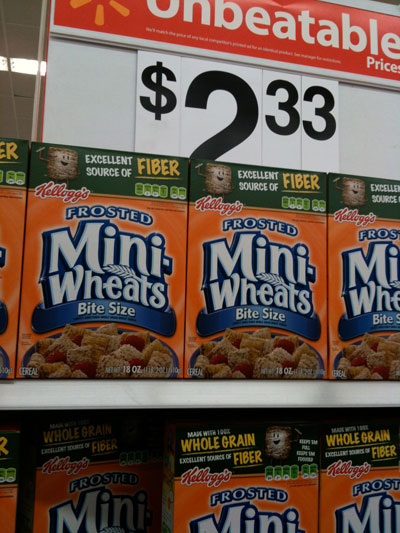