Tide HE on Sale 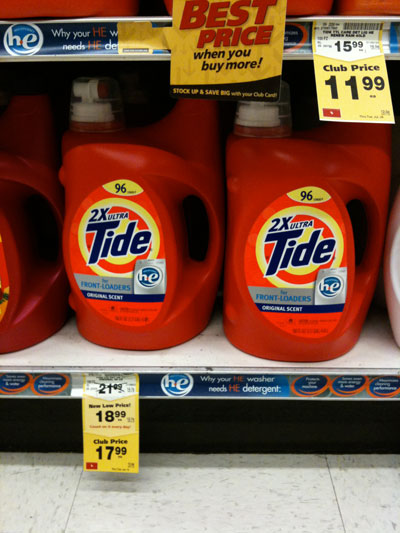 That’s better than the per load price at Costco and Target for HE detergent.

However, we’re not talking about a lot of money being saved here. For 96 loads, the Safeway sale price will save you 38 cents total. Not per load. Not per ounce. 38 cents for the entire jug.

However, if you purchased the Tide HE laundry detergent at the regular price of $21.99, or $0.229 per load, you lost out on $3.65 compared to the Costco per load price. Sure, that’s more than 38 cents, but we’re talking about saving a grande cup of coffee. You would save a lot more money by skipping that premium cup of coffee once a week for a year.