Costco was selling Diestel Whole Brined Turkeys for $0.97 per pound. The catch? These were on sale AFTER Thanksgiving. Talk about a Black Friday sale. I had spotted these same turkeys just before Thanksgiving selling for close to $4.00 per pound. However, since I needed about 20 pounds of turkey and I wasn’t willing to shell out $80 for poultry that might taste better, I ended up brining my own. Next year, I might pick up a pre-brined turkey after Thanksgiving just to give it a shot. The Diestel turkeys were only around 10 pounds. I wouldn’t mind spending $10 to experiment with and taste test a pre-brined bird. 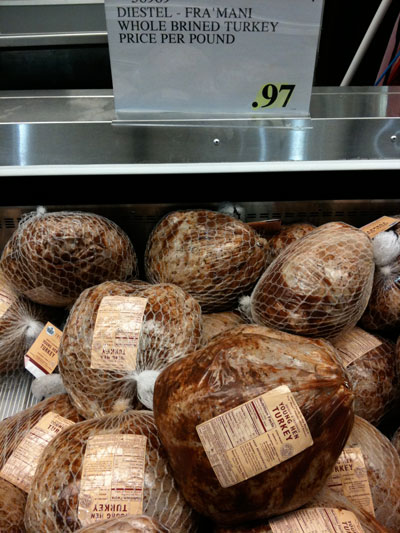