I was checking out the new Target at the Sunnyvale Town Center. Since it featured a grocery section, I wanted to see how competitive the prices were with the places I usually frequent. Target was selling an 18 oz. box of Frosted Mini-Wheats for $3.09 or $0.172 per ounce. Wal-Mart was selling the same size box for $2.33 four months ago. So, Target sells Frosted Mini-Wheats for a bit less than Safeway, but a lot more than Wal-Mart or Costco. 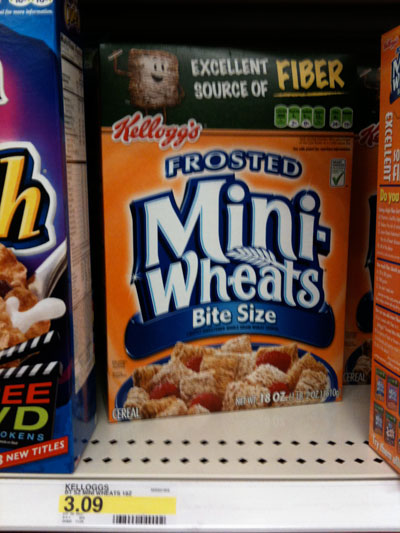