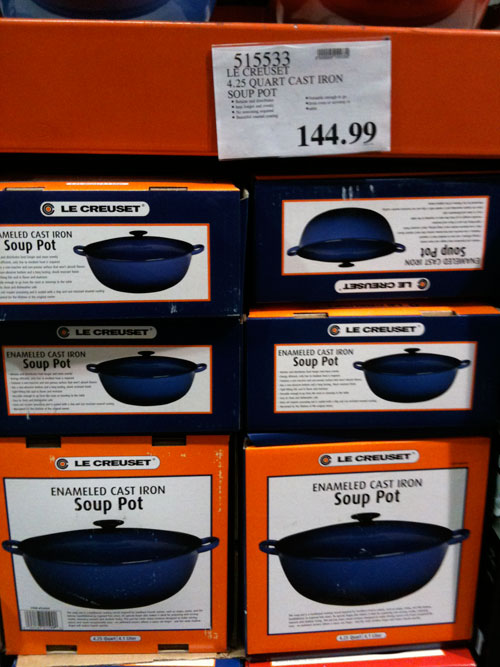 I had already picked up a cast iron pot a few months ago from Costco for much less. I really like the KitchenAid Cast Iron Dutch Oven, though I see that Costco is now selling its own cast iron dutch oven for much less.